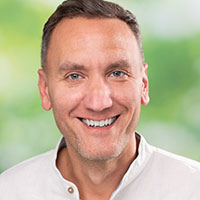 Rías Baixas is the name of the region where estuaries of the Atlantic Ocean reach deep inland. Beautiful beaches, wild nature and a diverse culinary scene await. This part of Galicia is not only characterized by its unique natural beauty with its fjord-like coast and numerous offshore islands but also by its deep-rooted traditions. During a boat trip to the mussel beds where the world’s best blue mussels and scallops are cultivated, you get the chance to taste freshly prepared seafood directly from the ocean. Weather permitting, you also go an excursion to the Cíes Islands, the gem of the Islas Atlánticas National Park. Afterward, you visit the historical fishing village of Combarro, whose center is a characteristic example of Galicia’s traditional architecture. Overnight: Parador Santiago de Compostela (or similar) (BLD)

Santiago de Compostela is the final stop for 10,000 pilgrims on the Camino de Santiago, where they visit the shrine of the apostle St. James the Great. Here you enjoy a tour through the city’s historic center. In the late afternoon, you board the Al Andalús private train and settle into your compartment. While rolling south, you enjoy a typical Galician dinner in the restaurant car. Overnight on board (BLD)

The morning is yours to explore Ourense on the Rio Miño. Back on board, you enjoy lunch as the Al Andalús continues southward. You reach Ribeira Sacra, a Spanish wine region close to the Portuguese border. Here, you enjoy a river cruise in spectacular Sil Canyon, with gorges as deep as 1,600 feet (500 meters). Overnight on board (BLD)

Your first stop today is León, one of the most important stops for Jacobean pilgrims on their way to Santiago de Compostela. Here you visit the León Cathedral, a 13th-century Gothic church. Later your train continues toward Ávila, a UNESCO World Heritage Site.

Ávila’s immense city walls date back to the 11th century and belong to one of the most well-preserved and most complete medieval fortifications in the world. At a height of 1,128 meters, you get a spectacular view of everything that makes Castile beautiful: gothic manors; narrow, winding streets; great Romanic churches and of course, the 88 towers of the 2.5-kilometer-long city wall. Overnight on board (BLD)

Toledo is known as the “City of Three Cultures,” since Christians, Moors and Jews have all left their marks here. Toledo is a living museum that features churches, palaces, oriental-style houses, narrow streets and a romantic atmosphere. You see the San Juan de los Reyes monastery; the Santa María la Blanca and El Tránsito synagogues, and the famous painting “The Burial of the Count of Orgaz” by El Greco in the Iglesia de San Tomé. In the afternoon, you enjoy some free time before boarding your train once again. In the evening, the Al Andalús continues toward Aranjuez, one of the summer residences of the royal family since the 16th century. If you like, you can enjoy an evening walk through the city. Overnight on board (BLD)

Today you visit the city of Córdoba, where Moorish Spain had its intellectual, cultural and economic zenith. During the caliphate of Córdoba in the 10th century, about half a million people lived here. Christians, Jews and Muslims lived here peacefully side by side. A guided tour through the old town brings you closer to the most important architectural complex of the city—the Great Mosque of Córdoba—with its Muslim prayer halls and Christian chapels. You stroll through the narrow streets of the Jewish quarter before getting back on your train. Overnight on board (BLD)

A city tour in Seville brings you close to figures like Don Juan, the Barber of Seville, and Count Almaviva from the Marriage of Figaro and Carmen. You also see the Seville Cathedral—the largest gothic cathedral in the world; the Giralda bell tower—once a minaret of the Great Mosque of Seville—and the Alcázar of Seville, both wonderful examples of Andalusian Mudéjar architecture. That evening, you enjoy an Andalusian farewell dinner in a beautiful restaurant housed in an old palace. Overnights: Hotel Alfonso XIII (or similar) (BLD)

Transfer to the airport for return flight. (B)

Venture deep into the heart of Spain. Lose yourself in its romance, passion, and history. Travel in style on one of Europe’s most luxurious trains, the Al Ándalus. Spain—one of the world’s most fascinating European countries—a melting pot of oriental and occidental cultures, where the influences of Phoenicians, Romans, Arabs, and many other peoples have created a unique cultural landscape. This outstanding and delightful train journey takes you to some of the most beautiful cities in Spain: Santiago de Compostela, León, Ávila, Toledo, Córdoba, and Seville.

A cozy room with private bathroom, with the charm of the original compartments having been preserved.

An elegant, spacious suite comprising a bedroom and private bathroom. The Superior Suite combines the comforts of the 21st century with the original style of this historic train.